Literary Lunchbreak: Mary Norris in Conversation with Nina Barrett: Greek to Me: Adventures of the Comma Queen 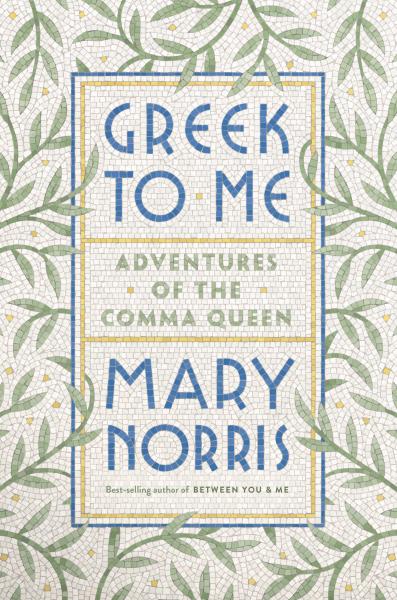 Join us for the next installment of our Literary Lunchbreak virtual event series, this time to hear author and New Yorker copyeditor Mary Norris—the Comma Queen herself—speak on her new memoir Greek to Me: Adventures of the Comma Queen.

When Mary Norris was in fifth grade, the nuns at her Catholic school were offering a Saturday Latin classand she wanted to join. Her father refused, and she missed the chance. It wasn’t until she got to college a decade later and took a course taught bythe classicist Froma Zeitlin, where she read the Homeric Hymn to Demeter,  that her desire to learn a dead language flared again. A handful of years later, while working in the copy department of the New Yorker, Mary told her boss Ed Stringham that she wanted to go to Greece. Stringham, it so happened, had a great love for Greece and had visited the country multiple times. He encouraged her to take Greek language courses—paid for by the magazine—and her obsession took flight.

In true Comma Queen style, Norris opens the book with a chapter dedicated to the Greek alphabet and its evolution. She traces the alphabet’s many iterations through the millenniaas it was adopted by different cultures, who added some letters and jettisoned others. She explores how the modern English alphabet grew out of the Greek alphabet, tracing it from the Phoenician aleph bet, and describing how writing was born from a desire to preserve the stories and hymns of an oral culture.

As she studies Greek, Norris also reads widely in Greek mythology and history. These stories greatly influence her many trips to Greece. It is in Athena that Norris finds a role model for an independent woman. In Cyprus she searches out the spot in the sea where Aphrodite bathed. She never focused much on beauty,seeing only flaws when she looked in the mirror. Legend holds that if one swims out to the rocks of Aphrodite one will be transformed into an eternal beauty. She walks the Sacred Way, fourteen miles from Athens to Elefsina, to the sanctuary of Demeter, hoping to solve the Eleusinian Mysteries. She swims in the Aegean Sea and the Ionian Sea, rarely staying in one place for more than a few days, determined to discover more and wring every ounce from the experience. She takes boats and ferries and buses, communicating in elementary Greek and learning everything she can, about Greece and herself.

Greek to Me is a brilliant, witty, and moving memoir. Norris’s love of words inspires her treks through Greece—both the language and the country. Join her on her journey in Greek to Me as she navigates from Alpha to Omega. 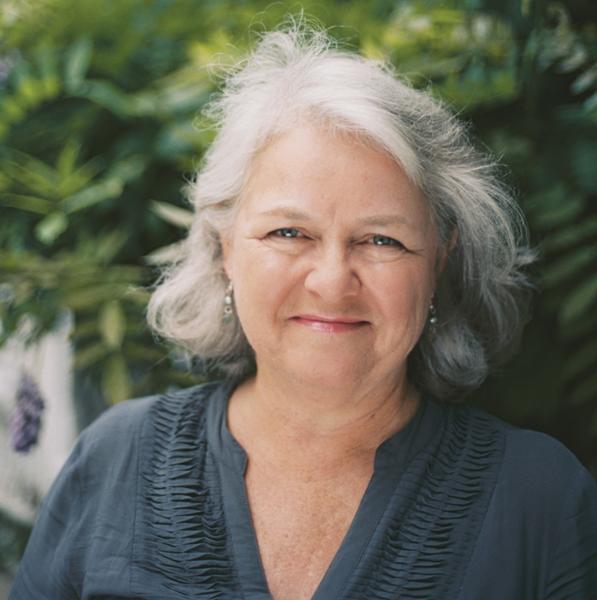 Mary Norris worked for the New Yorker as a copy editor and query proofreader for more than thirty years. Her first book, Between You & Me: Confessions of a Comma Queen, is a New York Times best-selling book about her years at the New Yorker. Originally from Cleveland, Ohio, Norris now lives in New York and Rockaway.

Bookends & Beginnings owner Nina Barrett developed her own lifelong love of Greek literature after being assigned to read The Iliad and The Odyssey in the summer between seventh and eighth grades. While supposedly studying French in Paris between her sophomore and junior years in college, she sneaked off with a friend for a week in Athens—and has returned to Greece many times since then, both accompanied and alone. For obvious reasons, she adores Mary Norris’s book and can’t wait to do lunch.

Greek to Me: Adventures of the Comma Queen (Paperback)