Howard Axelrod: The Stars in Our Pockets 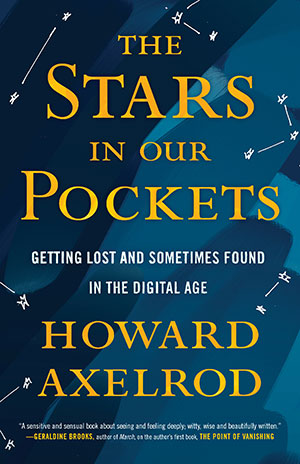 What shapes our sense of place, our sense of time, and our memory? How is technology changing the way we make sense of the world and of ourselves?

The human brain’s ability to adapt has been an evolutionary advantage for the last 40,000 years, but now, for the first time in human history, we’re effectively living in two environments at once—the natural and the digital—and many of the traits that help us online don’t help us offline, and vice versa. Drawing on his experience of acclimating to a life of solitude in the woods and then to digital life upon his return to the city, Howard Axelrod explores the human brain’s impressive but indiscriminate ability to adapt to its surroundings. The Stars in Our Pockets is a portrait of, as well as a meditation on, what Axelrod comes to think of as “inner climate change.” Just as we’re losing diversity of plant and animal species due to the environmental crisis, so too are we losing the diversity and range of our minds due to changes in our cognitive environment.

As we navigate the rapid shifts between the physical and digital realms, what traits are we trading without being aware of it? The Stars in Our Pockets is a personal and profound reminder of the world around us and the worlds within us—and how, as alienated as we may sometimes feel, they were made for each other. 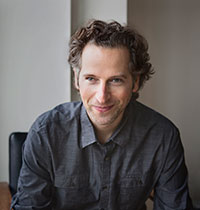 Howard Axelrod is the author of The Point of Vanishing: A Memoir of Two Years in Solitude, named one of the best books of 2015 by Slate, the Chicago Tribune, and Entropy Magazine, and one of the best memoirs of 2015 by Library Journal. His essays have appeared in the New York Times Magazine, O Magazine, Politico, Salon, the Virginia Quarterly Review, and the Boston Globe. He has taught at Harvard, the University of Arizona, and is currently the director of the Creative Writing Program at Loyola University in Chicago. Connect with him at howardaxelrod.com.

The Stars in Our Pockets: Getting Lost and Sometimes Found in the Digital Age (Hardcover)