We will be closed Monday, May 30th in observation of Memorial Day. 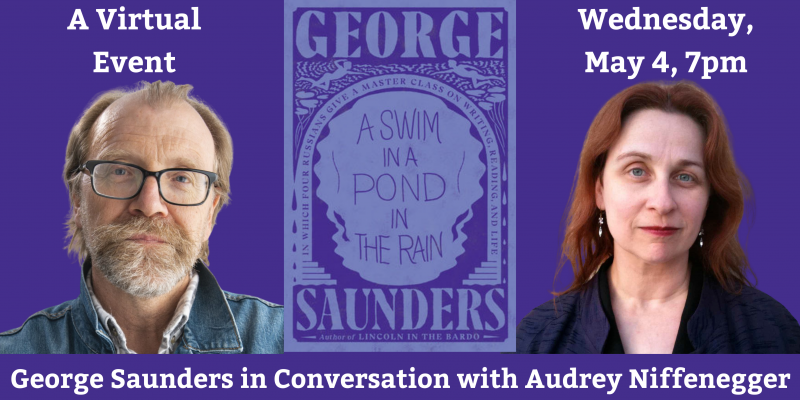 n us for a virtual conversation between internationally acclaimed authors George Saunders and Audrey Niffenegger about George’s newest book—just released in paperback—A Swim in a Pond in the Rain: In Which Four Russians Give a Master Class on Writing, Reading, and Life.

Awarded the 2017 Man Booker Prize for best work of fiction in English for his novel Lincoln in the Bardo, Saunders has been teaching a class on the Russian short story to his MFA students at Syracuse University for the past 20 years. In A Swim in a Pond in the Rain, he shares a version of that class with us, offering some of what he and his students have discovered together over the years.

Paired with iconic short stories by Chekhov, Turgenev, Tolstoy, and Gogol, the seven essays in this book are intended for anyone interested in how fiction works and why it’s more relevant than ever in these turbulent times. 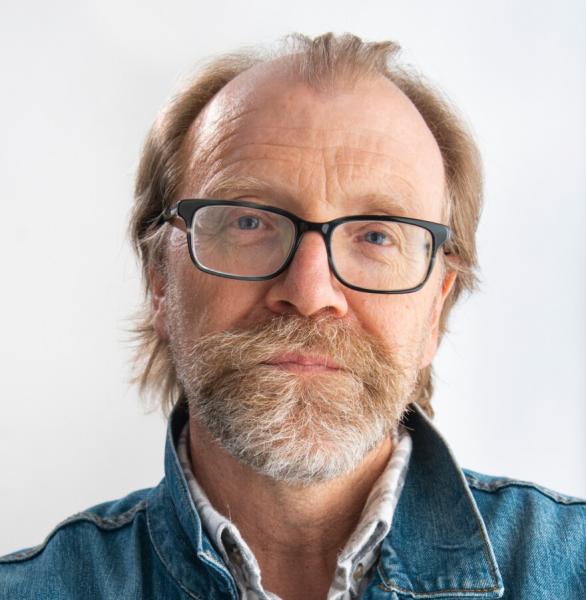 About George Saunders: A writer with deep Chicago roots, George Saunders is the #1 New York Times bestselling author of ten books, including Lincoln in the Bardo, which won the Man Booker Prize; Congratulations, By the Way; Tenth of December, a finalist for the National Book Award; The Braindead Megaphone; and the critically acclaimed short story collections CivilWarLand in Bad Decline, Pastoralia, and In Persuasion Nation. He teaches in the creative writing program at Syracuse University. 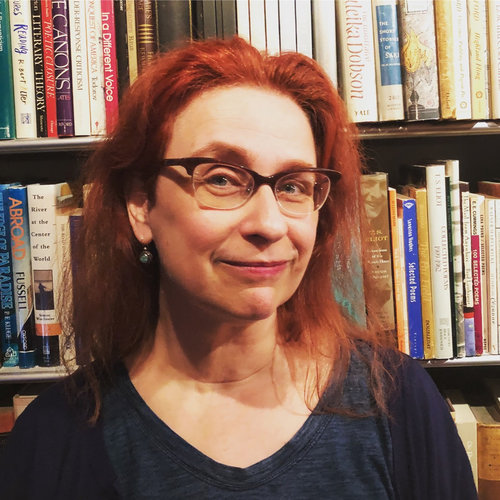 About Audrey Niffenegger: Audrey Niffenegger is an internationally known author and artist who grew up in Evanston, Illinois and currently lives in Chicago and London. Her novel The Time Traveler’s Wife was made into a movie in 2009 and will soon be an HBO series, written by Steven Moffat. Her graphic novel Raven Girl was the basis for a Wayne McGregor ballet at the Royal Opera House Ballet. She is one of the founders of the Columbia College Chicago Center for Book and Paper Arts and she is the Founder/President of the Artists Book House, a new organization devoted to the Book Arts that is located in Evanston’s former Harley Clarke Mansion.

A Swim in a Pond in the Rain: In Which Four Russians Give a Master Class on Writing, Reading, and Life (Paperback)