There are 80,000 museums in the world (more than all of the Starbuck's and McDonald's stores combined). In the contemporary socio-political climate, we need these institutions to work to their fullest potential to help our societies become more hospitable, equitable, and sustainable. Exhibitions for Social Justice, by Elena Gonzales, assesses the state of curatorial work for social justice today in the Americas and Europe. Gonzales analyzes and examines best practices with the aim of supporting all of the people who are working on exhibitions. From sharing authority to inspiring action, from building solidarity to forging long-lasting memories, Gonzales seeks to share curatorial practices that lie at the nexus of contemporary museology and contemporary neurology. Specifically, Gonzales looks at where curators can enhance the effects of their work by making the most of visitors’ physical and mental experience of exhibitions. The book draws on ethnographic and archival work by Gonzales at over twenty institutions with nearly eighty museum professionals, as well as scholarship in the public humanities, visual culture, cultural studies, memory studies, and brain science. Gonzales’s project steps back from the detailed institutional histories of how exhibitions come to be. Instead, she builds a set of curatorial practices by examining the work that goes into the finished product in the gallery.

Elena Gonzales is an independent scholar focusing on curatorial work for social justice and the role of museums in society today. Her book, Exhibitions for Social Justice (2019) is published by Routeledge in the series "Museum Meanings. Gonzales received her doctorate in American Studies at Brown University in 2015 and her Masters in Public Humanities from Brown in 2010. She has curated exhibitions at the National Museum of Mexican Art, the Haffenreffer Museum of Anthropology at Brown, the John Nicholas Brown Center for the Public Humanities and Cultural Heritage, and the Culinary Arts Museum at Johnson and Wales University. She has also worked at the National Museum of American History and the Anacostia Community Museum at the Smithsonian. She has also taught curatorial studies at Brown. Gonzales was a 2012 Ford Dissertation Fellow and a visiting scholar in American Studies at Northwestern University from 2011-2015. In 2015-2016, Gonzales served as an advisor on the redesign of Navy Pier in Chicago. Now she is writing, consulting, chairing the Exhibitions Committee of the Evanston Art Center, and co-developing a digital anthology on Museums and Civic Discourse. 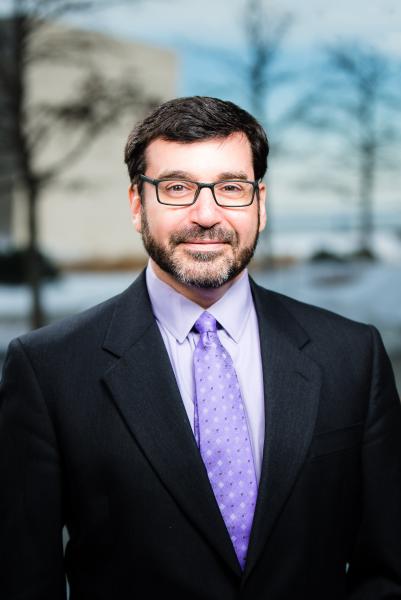 Dan Silverstein is an artist and the Associate Director of Exhibitions and Collections Logistics at the Mary and Leigh Block Museum of Art in Evanston, IL where he designs, plans, and installs exhibitions, often working closely with artists to help them actualize their works in specific gallery spaces. As an artist, he works with both objects and video. Recently, he was the visual designer for "An Attempt to Heal in the Contemporary World," which debuted at the 2018 FringeNYC festival of plays. His installations have been seen at Dorsky Gallery Curatorial Programs in New York City, the Evanston Art Center in Evanston, IL, and the UFVA New Media Exhibit at Columbia College, Chicago. He has produced and directed videos, including a feature length documentary, “Tomorrow’s New Light: The Bill Lowe Story.”