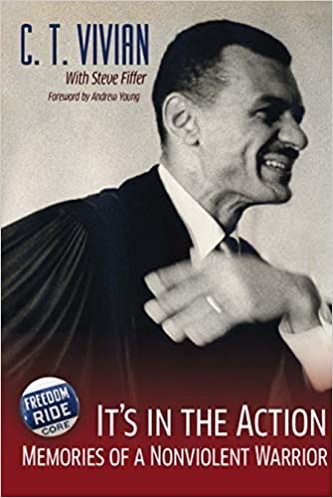 C.T. Vivian's son and the writer who worked with C.T. Vivian on his memoir discuss Civil Rights leader and Presidential Medal of Freedom recipient C.T. Vivian and his memoir It's In the Action: Memories of a Nonviolent Warrior.

Presidential Medal of Freedom recipient C.T. Vivian worked hand in hand on voting rights and other efforts to end discrimination with the civil right movement’s most significant figures, including John Lewis and Martin Luther King Jr. (who called him “the greatest preacher ever”). It’s in the Action, Vivian’s long-awaited memoir, chronicles his life of principle and nonviolent resistance in Peoria, Nashville, the Freedom Rides, Birmingham,Selma, and Chicago. Vivian passed away at age 95 in 2020.

Written with Evanston-based best selling author Steve Fiffer, (and with an introduction by Andrew Young), the memoir was released in March to strong reviews. “C. T. Vivian was a role model for so many of us in the 1960s era of civil rights activism, a legendary champion of nonviolence and a mighty and indispensable long-haul moral warrior for justice. This memoir gives a new generation the chance to learn about his legacy of wisdom and service in his own words,” wrote Marian Wright Edelman, founder and president emerita, Children's Defense Fund. 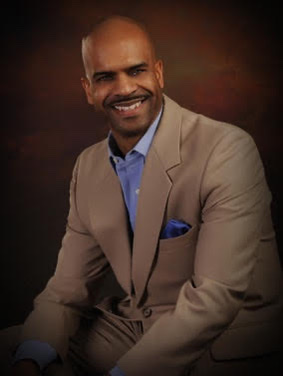 Al Vivian is President & CEO of the Atlanta-based BASIC Diversity, Inc., the nation’s longest serving diversity & inclusion firm, founded by Dr. C.T. Vivian (Al's father).  Over the past 25+ years, Al has worked actively as a trainer and consultant to numerous Fortune 500 companies, government agencies, professional firms, non-profits and academic institutions. A former Army Captain, Al specializes in Inclusive Leadership -- teaching leaders the skills and competencies to effectively lead across cultures. He lives in the Atlanta area with his wife DeAna “Jo.” 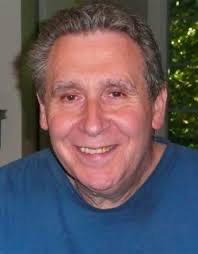 Steve Fiffer is the author of more than a dozen non-fiction books, including award winning collaborations with Southern Poverty Law Center founder Morris Dees, human rights activist Dr. Quentin Young, and former Secretary of  State  James Baker (a New York Times bestseller).  The NY Times called his own memoir, Three Quarters, Two Dimes, and a Nickel, “a resounding testament to the frailty of the human body and the tenacity of human will.”  A Guggenheim Fellowship winner, Fiffer is a graduate of Yale and the University of Chicago Law School.  He lives in Evanston with his wife, novelist Sharon Fiffer.

It's in the Action: Memories of a Nonviolent Warrior (Hardcover)